Roll out, we've got another dev diary landing! This time Marvin continues to show us just how cool his new planet surfaces are by adding elements, rocks and trees to in his Starflight: The Remaking of a Legend project. Next article will cover big craters on battered worlds you can explore! 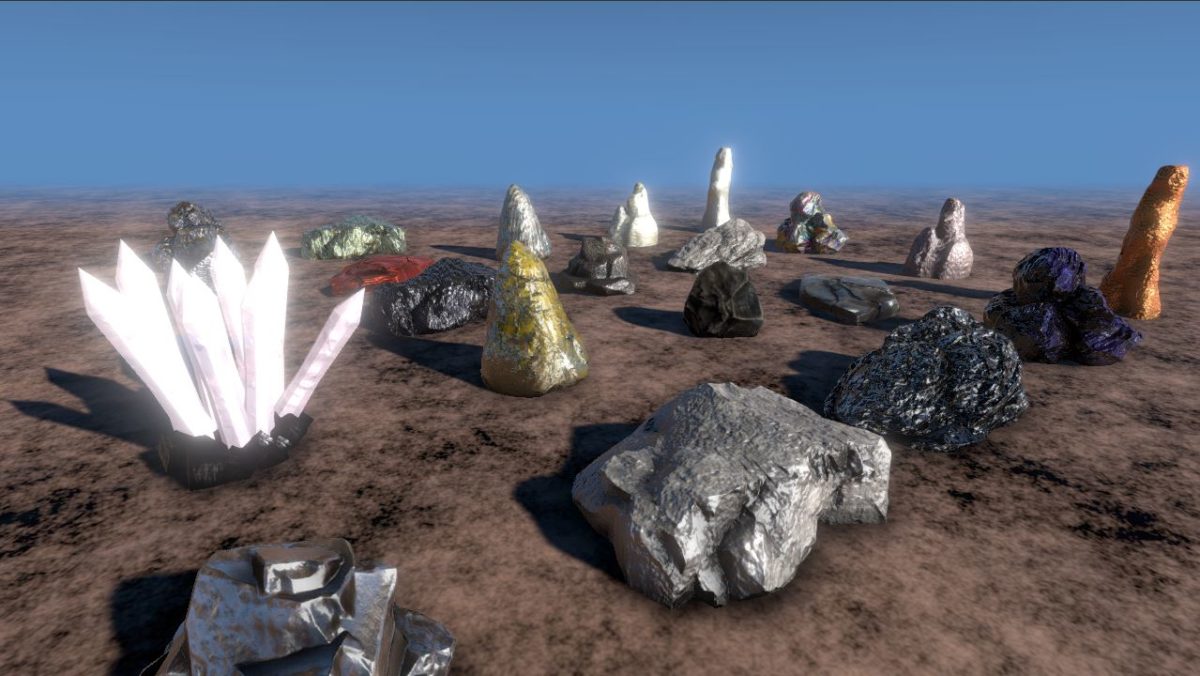 Sounds like the name of a rock band… Twenty-Two Elements. And yes, they are basically rocks.

This week, I’ve hunted for various rock and stone 3D models on the good old ‘net. After finding a bunch, I customized each one in an attempt to make them look like the 22 elements in the game that you can pick up using your terrain vehicle.

Of all these elements, two doesn’t exist in real life – Endurium and Rodnium. For all of the others, I looked around for reference photos and tried to base my creations somewhat in reality. Unfortunately, about 75% of the elements listed look like a silver rock. So I tried to make some variations in the silver color and shine.

Here is a video of a test scene with all 22 of the elements laid out. A few are easy to spot right away – such as gold, copper, and cobalt.

Yesterday I spent some time coming up with the component that populates planets with rocks. Not elements, mind you… that’s next. These are just plain old ordinary rocks that you don’t mine. Why? Because if the planet was populated with just elements, it’d look really weird. So having a blend of ordinary rocks dotting the terrain along with elements you can mine should make things look and feel more natural.

Also, the number of rocks present on a planet is proportional to the mineral density reported by the ship scanner. And, they will generally be placed in the higher elevations.

I have made it so that you collide with the rocks instead of driving through them. Having the TV drive through 3D objects in the game would just look broken and wrong. The collision behavior works nicely for the most part but will need some fine tuning later to clean up the extreme angle cases.

I have discovered another weakness in Unity. Unity takes 4 whole seconds to instantiate the 2500 rocks I am placing on the planet. And that is on my bleeding edge 10 core Alienware PC! That is a ridiculous amount of time. So, real-time instantiation is a major performance issue with Unity and I’m going to have to try and think of alternative solutions.

Here is a video showing a nice cruise through the terrain finding and bumping into ordinary non-mineable rocks. 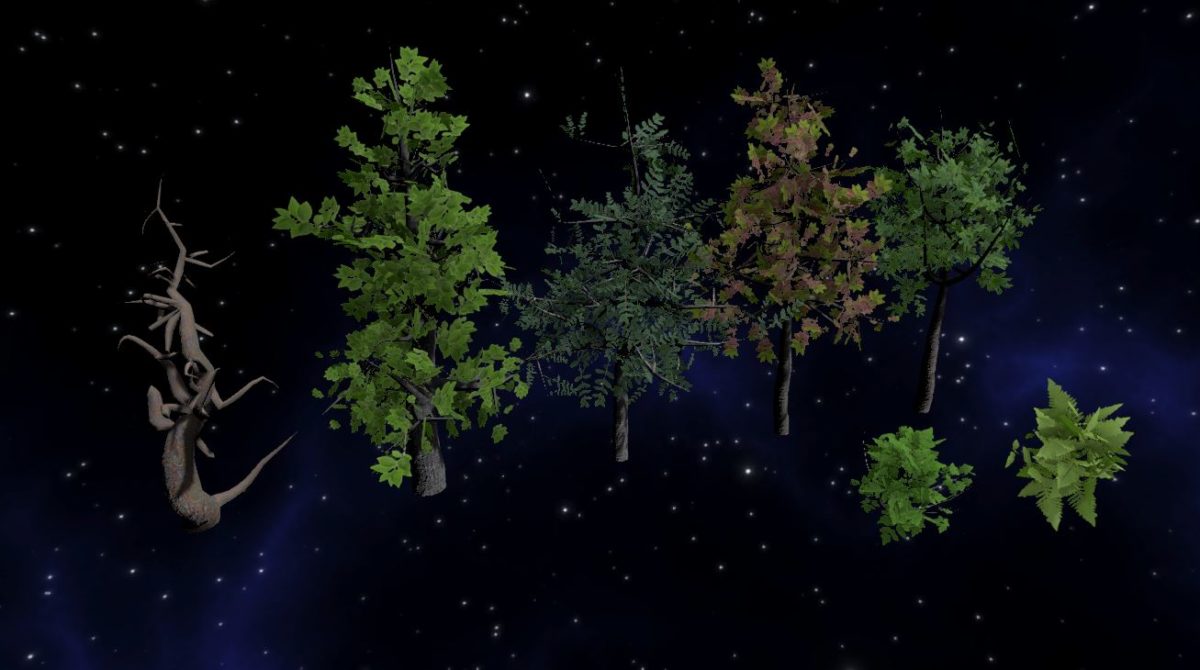 Over the past few days, I’ve been working on getting trees and shrubbery in. After consulting with the knights who say “Ni!” about shrubbery, I was able to wring some halfway decent looking plants and trees using Unity’s built-in tree editor. Their tree editor is nowhere near as nice as SpeedTree, which is what I am used to working with during my video game programming days, but for the purposes of this game, I think it works OK.

I’ve created 5 different tree types and 2 different shrubbery types. In the original game, they were called “producers” which I guess meant they produced fruit or something.

Next, I think I will need to work on the mining system (terrain vehicle cargo hold). I think that is one of the last major bits before the game will become truly playable, as far as gathering elements and selling them at Starport to get money to upgrade your ship.