We're back! This time Marvin creates the awesome and spooky Mechan 9 communications screen and alien dialogue in his Starflight: The Remaking of a Legend project. Next article will cover even more alien comms!

Gearing up for communications with the Mechan 9 robots, I searched around and found a halfway decent robot head on the ‘net. I brought it into Blender, exported it into the Collada file format, and then imported it into Max. All of the textures and materials were lost, of course. It’s 2018 – you would’ve thunk that people would have found a way to share materials and textures seamlessly between 3D modeling programs by now. Maybe by 2118. Anyway…

This is the Mechan 9 as seen in the original game:

And this is the Mechan 9 I have for the remake so far… now, don’t freak out about the colors… those are just to help me identify the different parts of the head. These colors are not the actual colors you will see in the game. 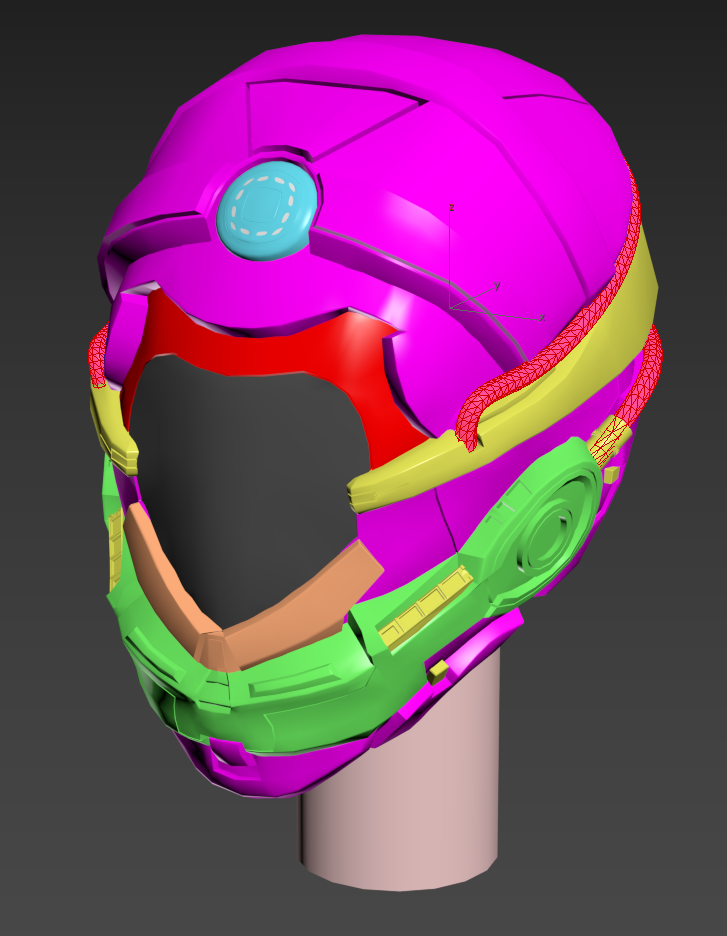 Ok – so I pretty much have the Mechan 9 character and animation all wrapped up and ready to go into the game. Here’s what it looks like!

The torso and the head actually came from two different models I found on the Internet. I think the result looks pretty decent. I also found the modular spacecraft hallway as well. I think the next step for me is to get all the conversation data into the game.

Note: The video below was taken before I made some more tweaks to the colors and camera zoom. The image above is more recent.

This weekend was a good weekend. I was able to get a lot of the “bones” of the communications system in. This required some reverse engineering (and guessing) of how the comm strings data was set up and used in the original game. You can now enter into communications with the Mechans, but the same code will be used for all of the alien races in the game. I also came up with some pretty cool video graphics effects for the alien viewer. Check it out – what do you think?

The comm system is done! You can now interact fully with the Mechans. If you have a human crew member, they will ask you questions to verify that you are Noah 9. If you answer 5 of them correctly with no mistakes, you will unlock the data banks and then can ask them questions until they get bored of you and terminate communications. There’s no combat yet, so answering their questions wrong will just make them not like you anymore.

Check out the video. Next up, Spemin!