Greetings! These are Marvin's posts covering the tough task of accurately recreating the introduction animation sequence for Starflight: The Remaking of a Legend project. Next article will cover the creation of the new Arth Starport!

Well, the Electronic Arts logo used on the second page of the intro screen in the original game looks like this:

Well, we can do better. EA has changed their logo a few times over the years, and I wanted to use the one that they were using in 1987. Fortunately, Wikipedia came to the rescue. Someone has created an SVG artwork of the logo they used from 1982 through 2000. I simply opened it up in Illustrator, cleaned it up a bit, and saved it out as PNG. 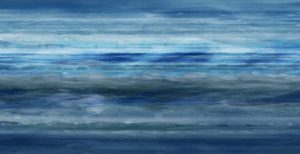 It should be pretty obvious to you that the four planets shown in the intro scene are just texture mapped spheres. The diffuse, specular, and normal maps of the brown planets came from here. These are some truly excellent texture maps which, unfortunately, are not tileable. However, I do not need them to be tileable. I cleverly rotated each planet so that the texture map seams faces away from the camera. I also used the specular map as a height map so that there is some parallax action going on as well.
For the blue planets, I found a gas giant texture map with the file name of “Gas_Giant_Stock_Texture_by_Enderion.png” here. I do not know who Enderion is, and could not find the original source of this texture map on the ‘net. I always use www.tineye.com to try and find the original creators of found art. But anyway, from the bottom of my heart, Enderion, thank you for this blue gas giant awesomeness.

I recreated the Binary Systems logo using a combination of Photoshop and Illustrator, but mostly Illustrator. The only thing I used Photoshop for was to create the image of the binary stars, which I then brought into Illustrator. I found an image of a lens flare at https://www.brusheezy.com/textures/4651 ... randondorf and used that as the basis for making the stars. I added the horizontal and vertical streaks by hand. Due to my pretending to be an artist, getting those streaks to look right took me much longer than I expected.
After I created the binary stars in Photoshop, I brought them into Illustrator where I created the rest of the Binary Systems logo by using the Space Age font and creating the red line. I eyeballed the placement of everything in order to recreate the original logo as faithfully as possible. Here is the result, and the original logo to compare with. What do you think?

Now would be a good time to also mention that I put all of my artwork into the Starflight GitHub Project, for you to do whatever you want with them. For example, the files for this logo can be found inside the Illustrator\Binary Systems folder.

I recreated the Starflight logo using Illustrator. It was pretty easy to do – all I did was create the text (Space Age font), fiddle with the kerning a bit, convert to outlines, and stretch out the tails of the S and the T. Boom, done. Next!
Original

I wanted to somehow re-create the original Starflight music, perhaps find some MIDI file somewhere and record it into a WAV file, perhaps modernize it a bit. Unfortunately, this attempt failed pretty badly. Just about every software out there wants money for converting MIDI to WAV, and all the free ones I could find just did not work. I wasted an hour or so trying to do this.
So I gave up, and tried to find some kind of music generator that would produce anything remotely usable. After trying half a dozen or so of these, I stumbled across Jukedeck. This site creates music up to 5 minutes in length, with an optional “climax” at some time point. There are very few controls to fine tune the end result, but it was good enough. For a while at least.
Then I got bored at how canned the Jukedeck music sounded… so again, I went looking for something better. That is when I came across Tabletop Audio – they have a bunch of much better quality music. I picked out two tracks, one called “Ethereal Plane” to use while you are visiting the Arth Starport, and other track called “Los Vangeles 3030” for the intro scene. The intro scene lasts exactly 35 seconds, with the transition from the first part to the second part happening at the 0:15 mark. So, I edited the intro scene music (in Adobe Audition) to find a 35 second section where a nice dramatic flourish happens 15 seconds into the playback. So, that is what I ended up using for music in Starflight. As I build more areas of the game, I will be coming back to Tabletop Audio to pick out more tracks.


Starflight Intro Remade
(Originally posted by Marvin 17/06/2017 HERE)
The Starflight intro has pretty much been completely remade. Here are some before and after videos. Love it? Hate it?