Hello everyone! These are the first few posts covering the very beginnings of the Starflight: The Remaking of a Legend project. Next article will cover the creation of the new HD introduction sequence!

I have seen the work of other people who try to re-create Starflight, to the point where it is unrecognizable and completely different from the game that I have come to know and love. My intent with this project is to do a faithful reproduction of the game when it comes to the gameplay feel and mechanics, but modernize the graphics as if the original developers were building it today. While the graphics would be far more advanced, you should still be able to instantly recognize it as being utterly and purely Starflight.

For example, compare the screen shots below. The first three were captured from the original Starflight game, and the last three are my re-creation in Unity. 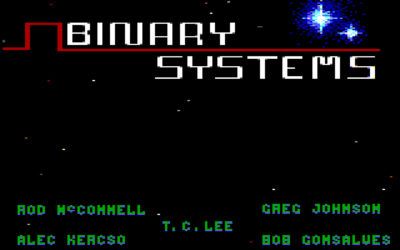 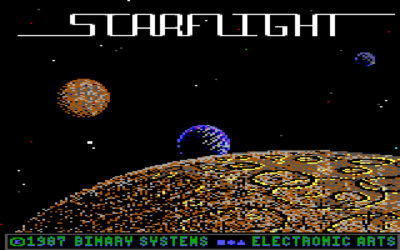 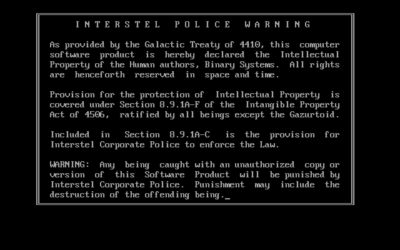 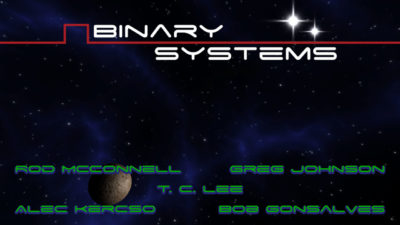 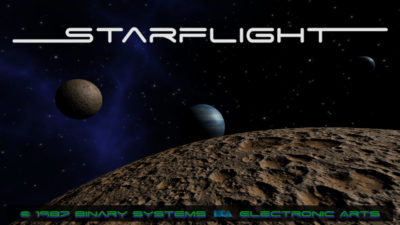 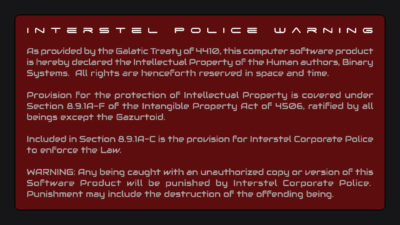 Also – I have an ultra-wide monitor with a 21:9 aspect ratio and I have been disappointed with many modern games not being able to run properly using that aspect ratio. Haven’t we learned from our mistakes with building games for 4:3 resolution when 16:9 became the new standard? When designing the UI for games, it should work with a reasonably comprehensive range of aspect ratios, including those that don’t exist yet! Fortunately, Unity sports a very robust UI coordinate and scaling system and I am making the game work in any aspect ratio from 5:4 through 21:9 and beyond.

Speaking of screen shots, why can Unity not take screen shots of the game window? This seems like a given, considering that showing off images from Unity would be a great way to promote this game development platform. But nope, I have to use the Windows Snipping Tool, bring it into Photoshop, trim the bits off the sides, and export as JPEG. I think I am going to create a page to keep track of all my Unity gripes.

I have uploaded the entire code, data, research, tools, bits, bobs, and other thingamajigs into GitHub so you can share in all of its glory.
You should be able to just grab it from GitHub and build the game in Unity. At least, the parts I have completed so far.
Let me know if you have any problems getting this to work. The whole point of this blog is to share my experiences, and if nobody can get this to work then it's all pretty much pointless. And I hate being pointless.
https://github.com/mherbold/starflight
If you happen to be an artist, and you see something here that you can do so much better, please do. Although I have oodles of technical skill when it comes to 3D Studio Max, Photoshop, Illustrator and so on, I am no artist nor do I pretend to be. I do my best, and move on. I leave the mind-bending tasks of creating texture maps, skinning rigs, willing forth beautiful meshes, and other otherworldly endeavors like these… to others.

I’m going to take a moment to talk about the font decisions I have made for this game. I ended up selecting two fonts that will be used throughout the game. The winners are: I was originally going to go with just Space Age because it looks great, but then I realized it’s practically unreadable when used on anything other than button labels and titles and the like. So, I added Audiowide, which will be used pretty much everywhere that requires the player to actually read stuff without his eyeballs bursting into flames.
And speaking of fonts, I have also decided to use the TextMesh Pro plugin for Unity, which is currently in the process of becoming the native text rendering engine for Unity. TextMesh Pro uses the signed distance field technique to render fonts, which looks pretty freaking amazing.

I spent a bit of time looking around the Internet for something I could use to easily create a skybox with pretty stars, and perhaps nebulae as well. When I did this in the distant past, I would use 3DS Max and create a bunch of noise maps and layer them and fiddle with the settings until I got something halfway decent. I’m too old for that now. So, I looked around and, lo and behold, I discovered the Spacescape tool which was created by Alex Peterson. I used it to quickly create something that looks far better than anything I could have done in 3DS Max.
It looks great in Unity. Each side is 2K in resolution, which looks pretty decent on my 21:9 ultra-wide monitor that has a native resolution of 3440 x 1440.
I’m imagining that I will do different versions of this skybox, one for each race’s territory. Like the Spemin would probably have a skybox with green-yellow nebulae. Something like that. I do not know yet of Unity can blend between skyboxes, either automatically or by me blending texture maps manually. I’ll cross that bridge when I get to it.