It's very sad coming to these forums and seeing so much activity in the past yet so little now. It sucks that social media has crushed all the good old forums out there but it is what it is and a social media page could bring in fans of all the long lost communities back together again. Plus if more forums go down again at least the facebook page would live on keeping the Starflight community alive and attracting new members and new support for the fan projects.

I'm a member of some great retro gaming and tv show discussion groups where topics are posted almost daily leading to massive conversations about things that are 20+years old now lol! It's about time Starflight had a place in social media for fans to discuss all things Starflight related too! So in the end I decided to make my own as over the years I've created groups for other ageing classics like Master of Magic, Freelancer, and Sid Meier's Colonization which have been going quite well and have grown into nice little communities.

Hope to see you all there!

by Blake00
Well it's been a few years now and the FB group has grown into quite a nice community! 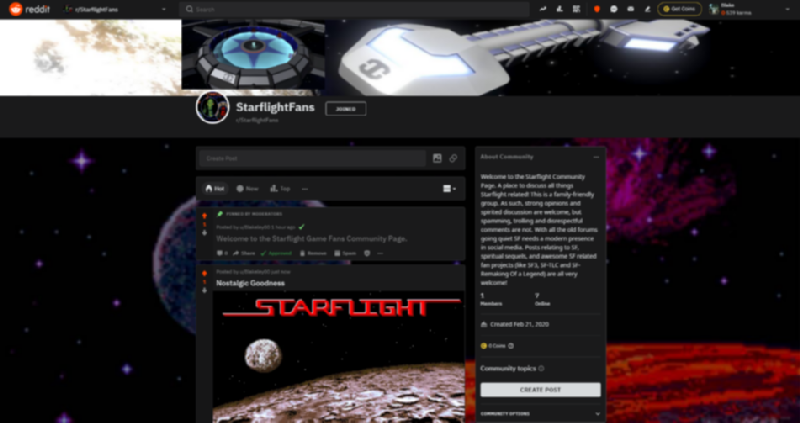